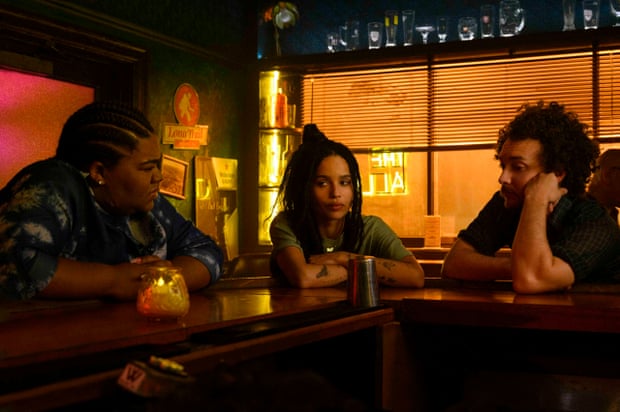 Though at the end of the day we are all the exact same doomed dust balls, we humans still like to entertain the idea we are “special” & that we personally are unlike anyone who has ever walked the earth before us. While the latter applies or has applied to say David Bowie, Prince or Kate Bush, the rest of us are not that special…which is to say it’s never nice to find out you are an utter cliche. As I watched the new & pretty cool “High Fidelity” series on Hulu yesterday, several moments within it hit dangerously close to the bone, including our hero as played by Zoë Kravitz breaking down Fleetwood Mac’s “Rumours” track by track & acknowledging her preference for “Tusk” & then later correcting a major chronological error made by an asshole regarding the release date of the “Wings Over America” album. I watched in abject horror & thought ” uh oh, that sounds like me”.

At some point each & every day I think of Fleetwood Mac & Paul McCartney. I might not always be talking about them but not a day has gone by in the past trillion years when they haven’t made their daily cameo in my mind. Don’t get me wrong, I still think of my family & stuff like I’m supposed to, it’s just I also think of Fleetwood Mac & Wings. It’s too late to recalibrate & fix at this stage, just know if anyone needs breakdowns on which live versions of “Sara” are the best or wants someone to rank all the McCartney releases from 1970- 1980 in meticulous detail, I’m here for you.

And with that WELCOME to the latest & greatest in pop music from recent days within the WEEKLY NEW WONDERS PLAYLIST. You can listen below on Soundcloud or Spotify. Here’s hoping you meet your new favorite song & future favorite band there.