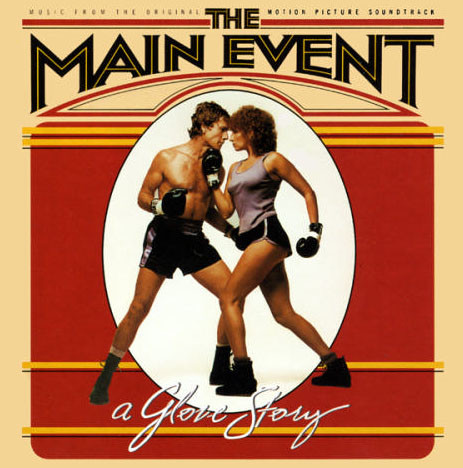 Have you ever been listening to particular song when something bad happens and then from that point on don’t want to listen to it anymore because you then believe the song is “bad luck” ? A few years ago, I got a ticket riding my bike in Central Park because I had both earbuds in and apparently you can only have one in when you ride, even in the f-ing park. Anyway the song playing when this happened was…Barbra Streisand’s utterly criminal, disco cheese movie anthem from 1979 “The Main Event”. Despite how I just described it, I am in no way distancing myself from this song. I still think it’s awesome…but from that point on I was afraid to play it because I’d convinced myself that it attracted bad spirits and that clearly, wicked things would happen if I ever did. It sat untouched in my gigantic ’70s playlist for several years and I would actively avoid it, knowing it would bring the rain if I dared to play it. Well, at some point this year, as I was gardening i.e. geekily refining and editing playlists, the temptation became too great and I just had to play it. Sure, it was within the safe confines of home but I realized I myself  had imbued it with the negative mojo, not the NYPD. I had to play it to kill the power, to take it back. And it worked. I killed the devil in Barbra Streisand’s “The Main Event” and set it free. Sure, I am still reminded of the ticket moment as Barbra croons “Extra, Extra” to open the song, but it’s mostly been freed from the negative connotations it once held. That’s the thing, if you listen to music all day, that kind of crap is bound to happen. Ultimately though, what I’m saying is fuck all that. Songs are medicine, they are courtroom dogs, and when you listen to this weeks especially wonderful WEEKLY NEW WONDERS PLAYLIST I hope you find something that transcends any rubbish, frustrating or sad thing that happens today because really, that’s what it’s for.

← Carnival Youth “Only The Moon Can See The Sun”
Weekly New Wonders Playlist ! →