No matter who we are in this absurd, brief, and messy life we can all lay claim to a peak, a shining moment where we were the best we could be, where all the stars aligned and we fuckin’ delivered the goods.

Welcome to “That’s Their Pet Sounds” our semi-regular feature where we endeavor to spotlight and celebrate a heretofore maybe uncool, often unjustifiably underrated, sometimes polarizing, not as acclaimed as they should be, or “what the hell?” artist’s grandest artistic achievement i.e. their greatest album.

*“That’s Their Pet Sounds” is named after the Beach Boys landmark 1966 LP which is universally regarded as one of the greatest albums ever made but yeah, you probably knew that.

Forget about those celebrity Halloween parties, and remember Seal this way…

Background:
What is the first thing that comes to mind when we think of Seal ? Generally speaking, it’s 1 of these 3 things, in no particular order:
1. “Kiss From a Rose”, the eloquent ballad/Batman Forever love theme.
2.“Crazy”, his first mega hit, from 1991.
3. The annual, oddly insufferable Hollywood Halloween party he up until recently hosted with his former wife, supermodel Heidi Klum.
And once that party started, Seal crossed the line from being a “musician” to being a “celebrity“. The ubiquitous and unending documentation of these parties fed this identity to such a large degree that it was remarkably easy to forget that this guy was once a credible artist responsible for the 90’s grandest, most emotive ear candy. 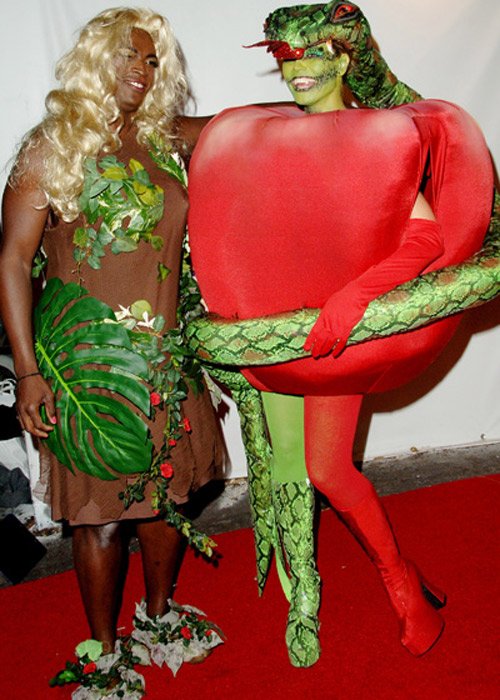 Okay, so there’s that, but nearly as unfortunate is what his most predominate artistic activity for the past 10 plus years has been, namely wandering down that same dusty road trodden by Rod Stewart, Michael McDonald, Barry Manilow and a myriad of others in the twilight of their careers i.e. putting out cover albums of classic but at this point seriously hoary old standards and mostly obvious soul classics, an exercise that no matter how sincerely intended, is the very definition of cheap applause and in some cases, desperation. When the response to new albums of original material is literally no response, well, it’s cover time. Albums like these should all have the same title, “I Give Up” and, as they inevitably sell in truckloads, ” I Give Up: Volume 2″. Now in Seal’s defense, some of the choices on his 2 Soul themed cover albums (titled “Soul”…and yes, “Soul 2”) are undeniable beauties: “What’s Going On”, “I’ll Be Around”,”Free” to name a few…but they are counteracted by the presence of the hairy warted heads and hands of “Lean On Me” and “Stand By Me”, the most unwelcome guests/passengers in the history of the NY subway system.

One more cherry on this cake : One of Seal’s top 5 most streamed songs on Spotify is a pasted together version of he and Frank Sinatra “duetting” on “Santa Claus is Coming to Town”. Okay. Enough.

Time to push all that aside and focus on something else. Something really, really good that came at a really, really bad time. Seal’s third album “Human Being”  was released in November of 1998 just as the full on Britney/ Backstreet/Max Martin/TRL era was making it’s insane ascent.  By then Seal was 35 years old and when it came to pop music in 1998, that was the same as being a senior citizen. “Human Being” with it’s lush orchestration, ballads and overtly sad subtext was not remotely in step with what was happening. It was not awesomely sweet rainbow candy,  it was more like a half empty glass of water, sitting on a window sill, with rain pouring outside. It was a total lament…but also, it was totally gorgeous. 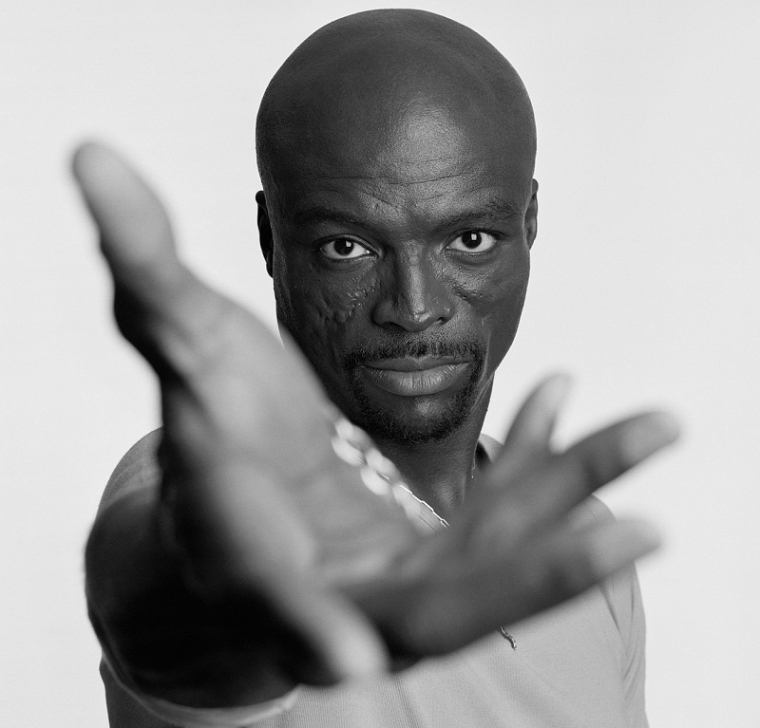 “Come be sad with me luv”

Why it’s his Pet Sounds :

If you ever wanted to make a list of the 10 best Seal songs ever at least 5 of them would be off of “Human Being” ( okay, I know you probably wouldn’t but if you did). It’s that deep.
This album features these things in equal amounts :

4.Frustration and befuddlement about this life and the people in it.

About that last thought, here’s the deal: Seal’s words can sound as vague as a watercolor painting of a freakin’ lake…as in you kind’ve know what he means, because the song titles are pretty leading, and there are bits of coherent emotion within the songs but overall the feeling being expressed is not 100% specific.

There’s this website song meanings.com where people post their often kind of out there and highly personal interpretations of song lyrics , and most of the commentary offered in regards to this album goes something like this, to paraphrase: “I’m not sure what he means but this is my favorite song of all time”. Basically you can read into them what you want and the lack of deep specificity makes it easier…and know what, that’s okay: this record is more about a combination of things coming together as opposed to showcasing one singular shiny feature.

Nearly every song is a ballad and the musical foundation for the majority of them is chilly and electronic, with some guitar flourishes, and cinematic strings to heighten the overall drama…but even with that abounding heaviness, make no mistake, these are pop songs, and as such the tunes themselves are strikingly memorable ( lotta hooks). There’s really no filler.

And because of the aforementioned consistency in the mood and tune quality, it’s one of those records that works best as a full listen as opposed to skipping around. There’s parity.
Every song melds into another. You could liken it to how Marvin Gaye’s immaculate “What’s Going On”  album is basically 1 song sped up and slowed down for 30 minutes but like a really, really good song.
Which is all to say that this is a complete piece of work and holds true to what the idea of an album really is. I know how overly precious and get off my lawn that shit sounds but just want to underline that Seal clearly put some real thought into this thing as a whole. It’s all magical, and moody, and full of wonderment.

The liner notes in this thing were voluminous and because the primary formats at the time of release were cd and cassette, they were very hard to read without going insane. The text was absolutely minuscule and the content consisted of email correspondences between Seal and friends encouraging each other’s creative impulses and saying what a good time they had the night before, as well as lyrical excerpts. 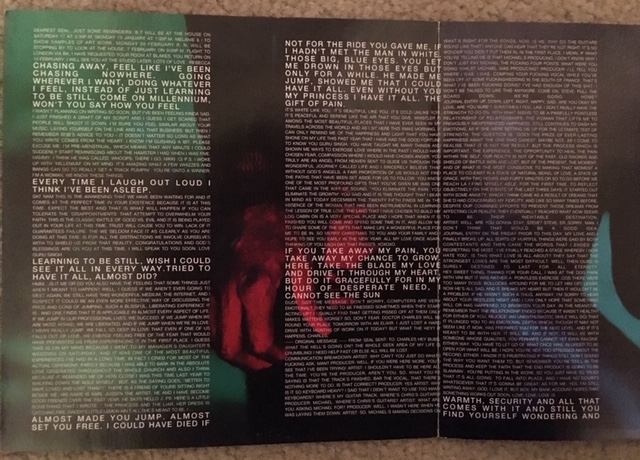 Here are some of the liner notes. They are very small.

You don’t need to read them. They won’t enhance your experience of the album…only bringing this up because in the liner notes of Seal’s prior release, his self-titled second album, he wrote a very romantic and zen anecdote, featured in the thanks/credits section, about meeting a friend for the first time, that’s been hard to forget.

Story went like this: One day  in 1992, in NYC, he’d spontaneously wandered into a fortune tellers storefront/parlor, and proceeded to get his palm read. The reader offered mostly outlandish rubbishy predictions but also said that he was about to embark on some of the most wonderful and traumatic times in his life. And that just as the traumatic stuff began he was going to meet a friend who would help “share the strain” and offer him unending inspiration to keep going …and that ended up happening. The guys name was Paul, and he refers to him as “my dear friend” and Seal said that that particular album was as much a reflection of Paul’s life experience as his. There’s something kind of moving about that little memory especially since he was speaking of a friend and not a romantic partner. See that’s the thing about Seal, and it’s all over this record, he’s a big picture guy. In his eyes the world is full of soulmates: friends, partners, humanity itself. It’s literally encapsulated in the title of the damn album, “Human Being”. It’s perfect not just musically but in that way too. It’s his Pet Sounds.