Ed Zed, one half of apocalyptic, futuristic, brilliant, junk punk duo the Casual Sexists would follow Jlin anywhere. Here’s why… 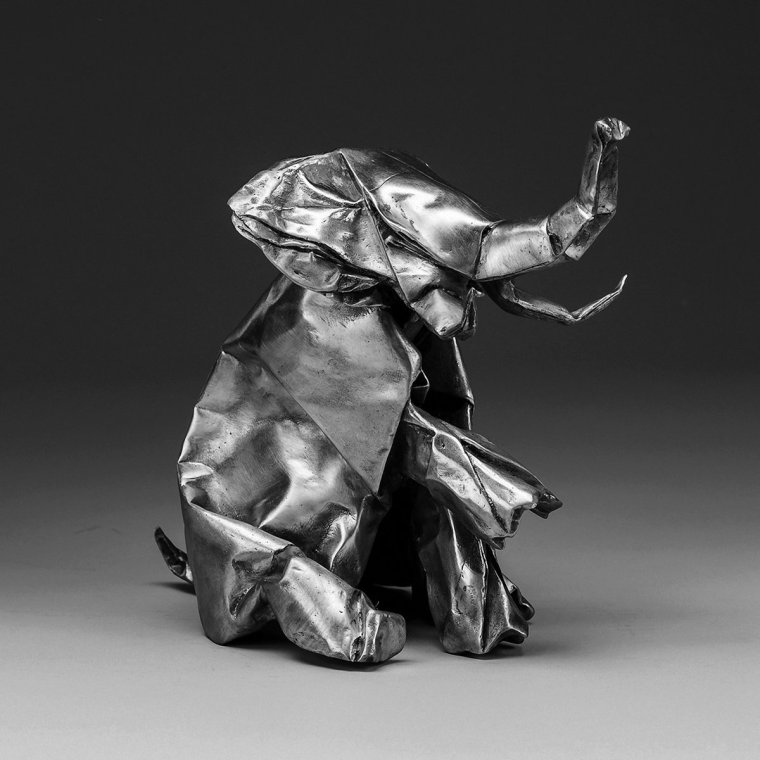 It’s only July, and I know it already – this is going to be my number 1 album of 2017. The bone-rattling charge of Jlin’s Daedalean opus shakes me to the very core, and remains undiminished the more I listen to it – in fact it grows even stronger each time.

I wonder if it’ll soon become too much for my weathered frame (and the weathered emotions it houses) to bear? Let it.
Black Origami – what a perfect name for this collection of raw materials sculpted by Jlin with such dexterity into fresh, elaborate forms, that seem both ancient and impossibly futuristic. Her footwork roots are now but a ghost, shimmering beneath the multi-tentacled rhythms and vocal fragments that bind the album so tightly together, reminding us of how far Jlin has travelled, sonically, in such a short space of time.
Seamlessly blending polyrhythmic African beats with rapid-fire, clipped electronics and occasionally unsettling samples that reflect the turmoil of our times, Black Origami plunges deep into history to make its very modern statement.
It’s hard to know where the inimitable Jlin will go from here, but wherever it is I’m going right along with her. I can’t bloody wait…