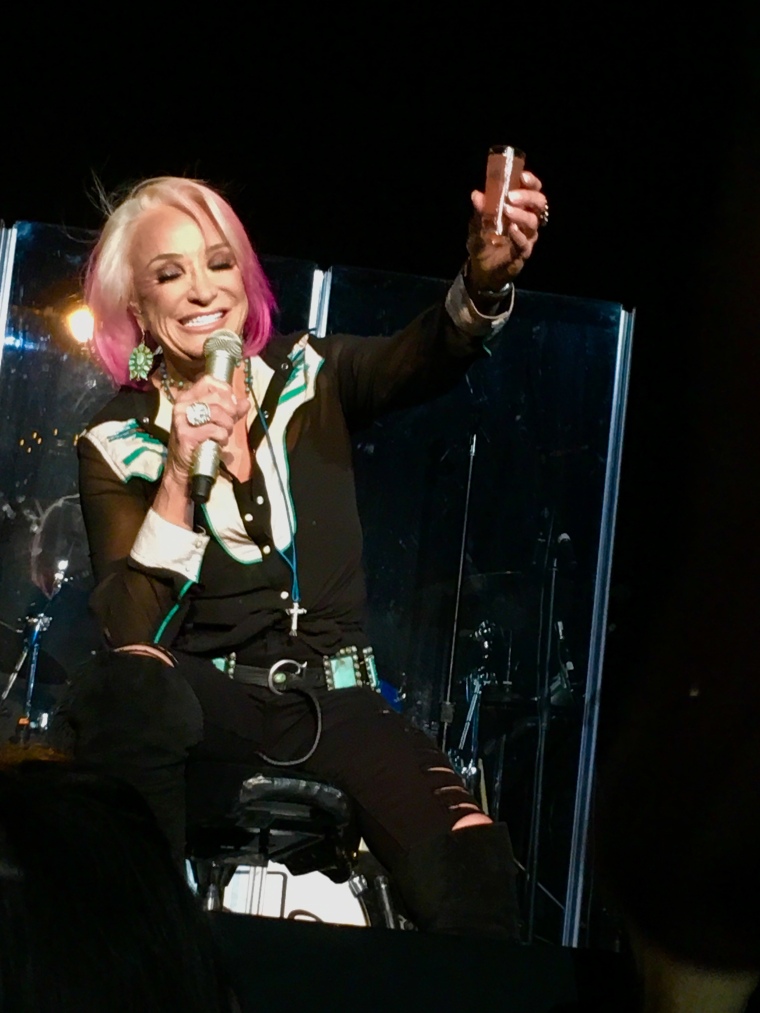 Back in the late ’90s I was in charge of ordering the cds in a big mega record store & watching the Grammys was an essential task. I would literally sit with a notepad writing down anything that seemed significant so the crew & myself could order bulk of whatever it was the next morning. This was because the next day would see floods of people coming to purchase whatever thing won “Album of the Year” or whatever release coincided with whoever gave the best performance on the show. Those were the only 2 things that mattered. The sub-categories seemed to mean nothing to people.

These days the Grammys are a complete mess for more reasons than I could possibly list here. There’s so much brilliant stuff never gets acknowledged & never will. And there is heinous stuff living inside its infrastructure. But this year, within the mess was this one particularly sweet thing.

Country music legend Tanya Tucker has LIVED. She’s been kicking out records since 1972 & has been put through the ringer of life in every which way you can imagine. I was blessed to see her play live in 2019 & she was an open book on stage, intense, tough as nails & vulnerable as well as self-deprecatingly funny.  And her raw razor blade voice sounded amazing. I took the pic above at the show & yeah, she offered us all a drink becuz she rules like that. Anyway, she just received the 1st freakin’ Grammy Awards of her nearly 50 year career this week, at age 61, and holy shit, it took waaay too long & she totally deserved them. And it was a beautiful thing because it meant so, so much to her. Hail to you Queen Tanya, hope yer livin’ it up.

Now please enjoy the latest & greatest new music we’ve been exposed to over recent days within the latest WEEKLY NEW WONDERS PLAYLIST !! There’s post-punk anthems, Nilsson-esque crooning, plush synths & a 400 year old folk song amongst them & in the midst of the current misery & mayhem, they are here for you. Hope you fall in love with something.